The 1967-1970 Hebrew Union College-Jewish Institute of Religion Gezer Project’s Excavations, under the field direction of John S. Holladay Jr, focused on the area around the Solomonic Gateway (Field III). Apart from the very considerable interest of the architectural succession, the great archaeological appeal of the excavations is the tight control exercised in excavation, the detailed stratigraphic sequence that resulted in a long series of independent “close chronological horizons,” and the systematic collection of almost all diagnostic pottery, creating an unprecedented means of filling-in the sparsely documented ceramic chronology of Israel, Judah, and the Hellenistic period. 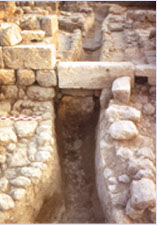 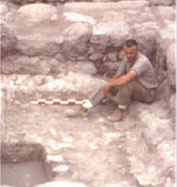 Documentation of the excavations in the gate area (450 m2) resulted in an unprecedented number of independent loci, stratigraphic observations, and over 5,000 pottery drawings. Since the stratigraphy of most phases of occupation was split in half by the great central drain and individual stratigraphic successions were isolated from each other by architectural elements, great care needs to be taken in coordinating the individual loci into subphases and phases. While this is a problem in all large excavation areas, it is greatly multiplied in Field III. The solution calls for a completely database-driven approach (so that all the data may be brought to bear on each aspect of the reconstruction) and new techniques for analyzing and definitively correlating the intra-site stratigraphy. It is a statistically based methodology for intra-site and inter-site comparison (the latter enabling highly secure cross-dating) utilizing a wide range of the diagnostic elements of the Gezer sherdage in computer-aided comparisons with the entire range of gate loci and, for cross-dating, published materials from key Iron I and II sites.
The Project is currently being written up for publication.